Irvine Folk Club is fortunate indeed to be welcoming the fine duo of Ian Davison & Carissa Bovill as guests on Wednesday 23rd January.  It’s been too long since this very talented duo sang at the Irvine Club – but they are well worth the wait. Glaswegian Ian is frequently described as the songwriter’s songwriter. He has written over 260 songs, a number of which have been recorded by artists including Peggy Seeger, Adam McNaughtan and Brian McNeil and has 12 albums to his name.  The most recent one featured his most political songs and kicks off with ‘Mandela Danced’ – a song marking the amazing day that Nelson Mandela came to Glasgow and did indeed dance! 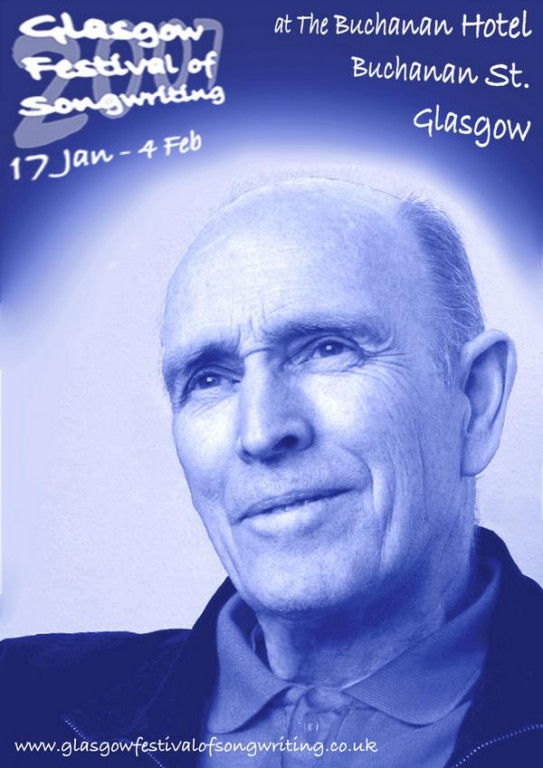 Ian is a prolific and high quality songwriter. He writes emotional love songs, nostalgic songs about his home town, songs of peace and about war and humanity.   He has also written a number of songs for children. Ian also has extensive experience as a   songwriting tutor for secondary and special needs students.  Brian McNeil his long term friend and colleague, describing Ian’s songwriting says ’It’s done with rock hard conviction and delivered with a gentle authority that persuades as much as it harangues’.

With Ian will be Carissa Bovill.  She is a very talented singer, multi-instrumentalist, composer, arranger and accompanist.  Music has been a dominant theme in her life since childhood. She started piano and fiddle lessons – classical and traditional – at age 8. Now with a Music Honours Degree from the RSAMD, she finds time to teach Scottish music and song to the Junior Section at the RSAMD at weekends.

PLEASE CONSIDER INVITING A FRIEND to visit the club with you.  Also, if you know anyone who lives locally and is interested in folk music, ask them for their email address and subscribe to the ‘news feed’ on the club website for them.  If they know who is coming, they might be tempted along.  if they don’t know, they may be stuck with Coronation Street.  You know it makes sense!

The Club meets in Vineburgh Community Centre in Quarry Road, starts at 8pm and it’s BYOB.