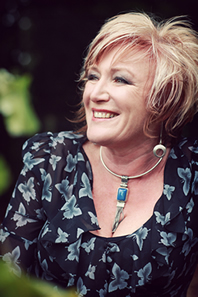 Barbara Dymock is back at Irvine Folk Club and this time with Christopher Marra, brother of the late Michael.  They top the bill on Wednesday 16th October at the Irvine Club which meets in Vineburgh Community Centre.

Barbara Dymock was a member of the celebrated Ceolbeg in the ‘70’s and  now, after a 20 plus year break to concentrate on her career and raise three sons, is described as a tradition bearer.  Methil born Barbara learned Scottish and Irish traditional songs from her grandparents. As a student at Dundee, she took part in the University Folk Club and began taking a serious interest in music. A founder member of Coelbeg, Barbara was also part of other musical collaborations including Rathlin and Palaver. Along with Christine Kydd, she formed a duo called Sinsheen. That duo remains in place to this day.

Barbara took a break from music when the long hours of a Junior Doctor ‘put a dampner on social activities’. Now she’s back – happy to hang round sessions and festivals and has released an album, Hilbert’s Hotel. Produced by the late Michael Marra, it includes the first CD recording of his song Maggie Sha’. The album has been well received with reviews rejoicing in Barbara’s return to the folk scene.

Barbara loves being part of the constant evolution of tradition.  It’s that enjoyment which has sustained her 35 year interest in music. At Irvine Folk Club, Barbara will be joined by Christopher Marra. With a musical career spanning four decades, Dundonian Chris is a much respected guitarist and has played in many bands. As well as the new musical collaboration with Barbara, his other current band is The Hazey Janes.

Barbara and Christopher have a considerable musical pedigree. Make sure you are in the audience to hear them on 16th October at Irvine Folk Club.

The Club starts at 8pm and it’s BYOB.