Seventeen events over three days of live music, storytelling and sessions plus two World Championships – it must be the annual Marymass Folk Festival! Springing into life on Friday 23rd August and continuing right through to Sunday 25th, this will be the 52nd Marymass Folk Festival – acknowledged as the longest continuously running Folk Festival in Scotland. 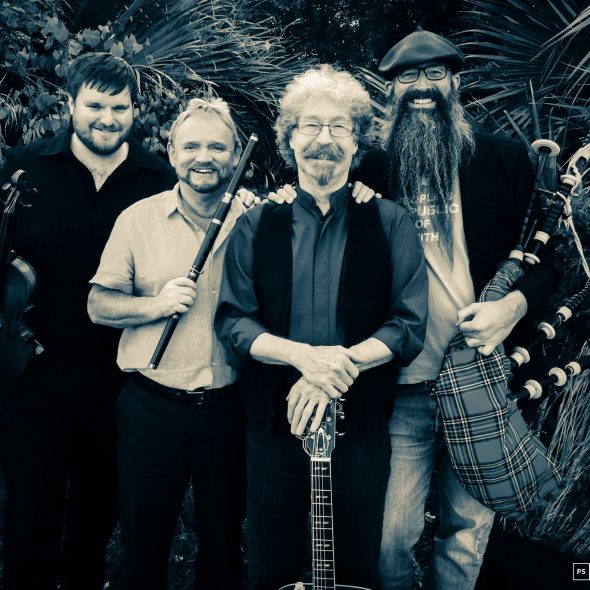 The Tannahill Weavers headline the Marymass Saturday Night Concert in the Volunteer Rooms and given their musical pedigree, that’s a night not to be missed. Their combination of traditional melodies, driving rhythmic accompaniment and rich harmonies will once again demonstrate the rich and varied musical heritage which they do so very well. The Marymass Saturday Night Concert is always a terrific night. Just go!

The outstanding Celine Donoghue – fantastic tenor banjo player and fiddler and vocalist – will be joined by Neil Sturgeon on guitar and vocals and Thomas McCabe on Button Box for the opening concert on Friday Night at Vineburgh Community Centre. Be advised to book a seat – Celine is a firm favourite with Irvine audiences. The softly spoken Geordie and brilliant fiddler and singer Tom McConville is back again at Marymass, on this occasion with Andy Watt on guitar. Tom is a world class act. From slow airs, to jazz, to fiery reels and great singing plus a canny humour, he often steals the show. Guaranteed not to disappoint.